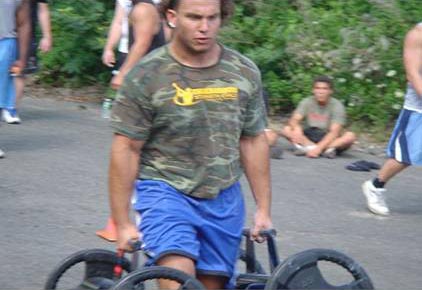 The ORIGINAL #UndergroundStrengthGym Ass Kicker stopped by yesterday! #Edison #Manasquan / Brian “Curls” Pascal has one of my favorite stories: – when I was in elementary physical education teacher he was always the slowest kid who was tagged first during every game – when he got into middle school he started doing calisthenics every day – he played three sports – when he got to high school he focused on football – Curls began training with me out of my garage when he was a sophomore – his records still hold the best for the football weight room in #Squats #Bench #Clean and he graduated 8 or 9 years ago – Curls played football at Johns Hopkins University – he competed for five years in a row in the DeFranco worlds strongest athlete contest, always taking 1st or 2nd – he would lift with his high school football team after school, then he would train at #UndergroundStrengthGym – if the weight room wasn’t open he would be on the soccer field doing pull-ups off of the soccer goal post, push-ups and sprinting up and down the field – he never complained and said he was too busy or too tired from what he did at school – he woke up early and made himself a powerful breakfast and a protein shake – he never blamed anyone he just did the work / Curls’ lifestyle is what we call the #champion lifestyle, he follows through on all our advice and that is why he was one of the most amazing athletes we ever got to work with / #FKMediocrity #NOExcuses #RELENTLESS #UndergroundStrengthCoach #Edison #Eagles #Football #Hustle #DoWork #NORegrets #LiveTheCode365 #UndergroundStrengthBook

What a GREAT success story I have to share of Brian “Curls” Pascal.

From slowest and weakest athlete to BUILDING HIMSELF into 1 of the Strongest, Fastest and Most Powerful Athletes I have ever worked with.

I posted this on my Instagram but I want to link it on the blog as “Curls” stopped by the gym the other day and I shared his story very briefly with the athletes. 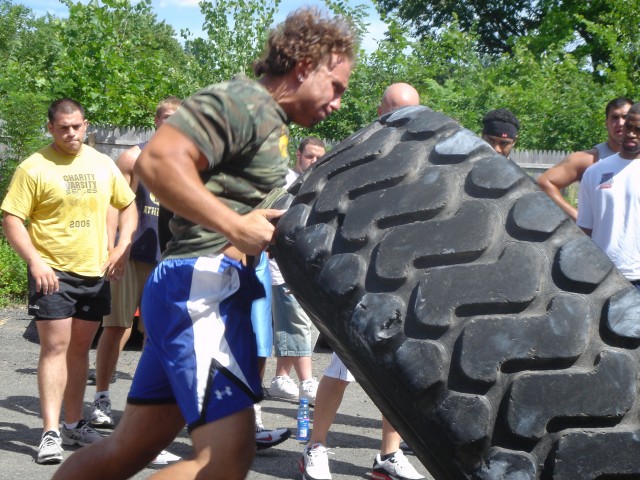 You see, Curls was in 3rd grade when I began teaching Physical Education and I remember him being tagged first during almost every tag game.

He always worked hard and kept his head held high, even as a young kid, he had a GREAT attitude.

Time flew by and although he was chubby and slow in elementary school, he was active and played 3 sports; Football, Basketball & Baseball.

When I transferred to the middle school to teach and Coach, Curls was now an 8th grader.

He was tall and looking strong and athletic.You could see he had muscle on his frame and was growing / building himself UP.

He was getting into sports on a more serious manner and was doing lots of calisthenics on his own: push ups, squats, sit ups and pull ups he told me, every day.

Our most successful athletes are always doing some form of training on their own.

This ownership and self motivation has a BIG carry over to your success as an athlete. The kids who can ONLY train when Coaches or told by others what, how and when to do it never become BIG success stories.

When I began training athletes from my garage, Curls was a sophomore in high school and although big and strong, he lacked the athleticism and agility. He could move big weights in the gym but needed more power and overall athleticism.

We built the speed, agility and athleticism into his overall training and he transformed himself BIG time. His transformation was a result of ALL the things he did, NOT just the training.

THAT is where MOST kids miss out.

They train but then have EXCUSES for poor eating, poor lifestyle choices, lack of self discipline, etc. Too many Excuses and Not enough Reasons or Goals to drive them to Succeed.

Read on and Learn How to Change That….. 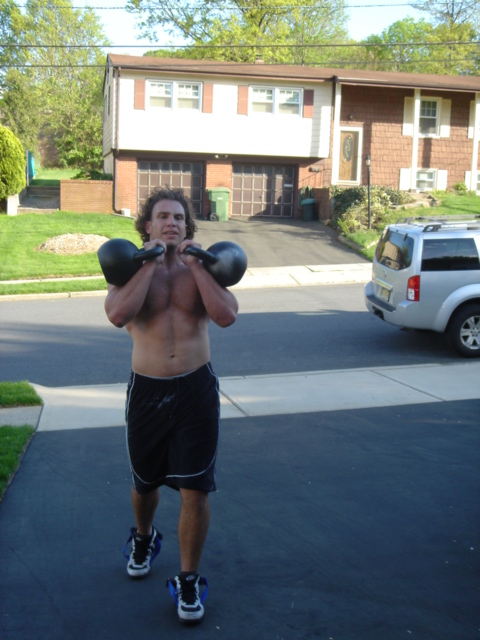 1) He would have eggs, oatmeal AND a protein shake for breakfast.

Curls would wake up early and make his own breakfast. MANY athletes blame Mom “didn’t wake me up” or “I don’t have time”. We MAKE time when we WANT something, we make EXCUSES when we don’t want it. WHAT do YOU do?

2) He packed his own strong & healthy lunch.

He made his OWN lunch. NO buying the garbage school lunch that doesn’t support being a strong, successful athlete.

3) He ate a protein bar for snack during school or packed 2 pieces of fruit. Eat Strong to be STRONG!

4) After school he would lift with the Football Team AND then get home and have more healthy food for a post workout meal. This is critical for recovery and muscle building.

5) Then, AFTER training at School he would lift at The Original Underground Strength Gym (Edison, NJ), the garage OR, travel to the warehouse when we opened up! Today I hear COUNTLESS athletes making excuses that they trained at school and now they can’t train at The Underground.

6) If the High School weight room was closed, Curls would hit sprints and calisthenics on his own. Other days he would play pick up Basketball to build speed, agility and overall cardio.

** Your Competition LOVES Your Excuses ** 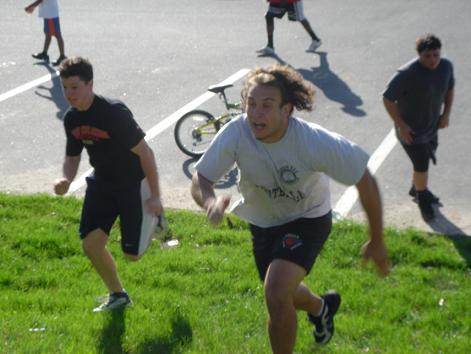 Here’s some early days footage of Curls from High School:


– He was a multi sport athlete through high school. He trained with us Year Round.


– He trained 4 x week at The Underground in ADDITION to his own calisthenics, sprinting, pick up basketball games and high school weight room.

In college he did the same, coming back to The Underground as soon as college finished training through his 3 months of Summer.

As you can see, Curls EARNED his success.

Train like everyone else and you will NOT have the edge. You’ll sit the bench and be Joe Average.

There were NO excuses for Curls, ONLY REASONS to do the work.

He attacked training and lifestyle, Living The Code 365 like a Champion does.

The blue print for success is out there. What Curls has done and what others continue to do at The Underground shows you the way. The most successful athletes here train and LIVE like Curls.

The athletes who struggle or remain average never go beyond “normal” and in turn, they get normal results, aka AVERAGE.

Excellence is The ONLY option.

Want Success? Prove it through ACTIONS.

Success starts when you punch your excuses in the face and get dedicated 365.

You can have results or you can have excuses but you can’t have both!

The Underground Strength Gym Is Located in Scotch Plains & Manasquan.

Parents – Schedule Your Child’s FREE Intro Assessment Workout Today Before The Competition Does.