BEAST City & another day in the office! 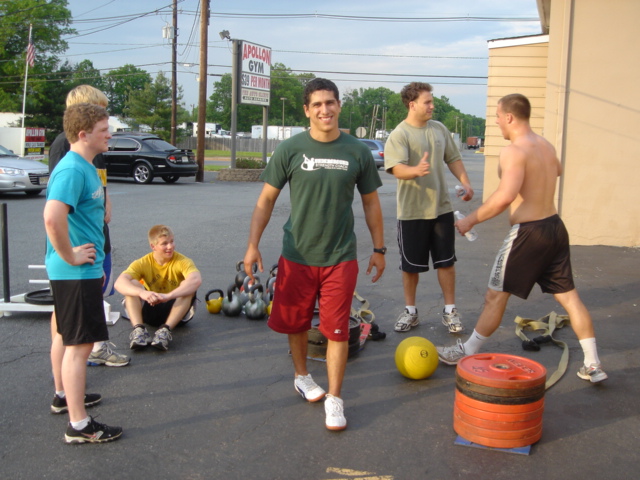 My heart was thumping, because I LIVE for this stuff! At 6 PM The Underground Strength Gym was pumping! It was beast city!

Wrestlers training for the brutal Super 32

Sleds and Prowlers being pulled, pushed and ran with

There musta been 12 athletes in the Underground at once, all highly focused, highly motivated and sweating bullets.

Records were being broken

Athletes from middle school to college and beyond were mixing it up, pushing one another, motivating each other – it was definitely a scene which could have been dubbed in for Rocky III to show Rocky what they eye of the tiger was all about!

This is what I live for!

I love what I do, and when you follow your passion you can create something that attracts like minded individuals.

Half assers and lazy asses never make the cut and most never find their way here anyway.

This was a killer day, just 1 of many.

It was beast city in The Underground and just another day in the office!

PS: You ain’t gonna find this at any other gym.

PPS: What qualifies me to deliver this info? Our results do the talking. We’ve had countless 98 lb weaklings walk through the doors and transform themselves mentally AND physically. the character building is a HUGE part of what we do. Average doesn’t cut it, excellence is the only pursuit!