This School & their athletes will Pay the Price, VERY Sad! 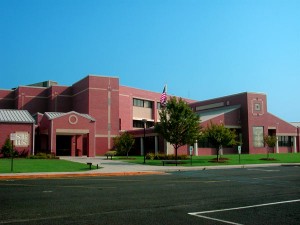 When I first opened my Underground Strength Gym I began the planning for my fundraiser which was motivated and inspired by my homeboy, Alwyn Cosgrove.

I sent invites to compete in this strongman fundraiser to surrounding schools. It was 3 other schools in addition to the one school where I had many Football players.

I was able to speak to the Football at the one school and he had a meeting with his team. Yes, the entire team! A Football team in a LARGE high school has anywhere from 60 – 100 total players.

Out of the entire team, guess who was interested?

That’s right. NONE of them stepped up to compete. Imagibe being the Coach of such a team where noone wants to compete outside their comfort zone. How would you feel?

Not long ago, I sent the wrestling coach of that same high school a special invite for the wrestlers to take advantage of 2 full, FREE weeks to The Underground Strength Gym.

So, all in all, 1 took advantage, and I wrote about him below, always throwing up from the easiest, simplest workouts, none of which were ever fully completed. This was an upper classmen, a varsity wrestler, who said his Coach had him in the weight room 2 x week and was a conditioning freak!

In the end, this 1 wrestler did not continue his training.

So, this school, all in all, has proven they are against winning, against competing, and have NO motivation to become great.

These athletes will unfortunately pay the price in losses, injuries and disappointments.

PS: Who is motivated? South Plainfield Wrestling club is having me at their club tomorrow, Monday, October 12th. This is a team that has the eye of the tiger, a town where parents support their kids and with Coaches who expect greatness from their athletes – nothing less. It will be refreshing to say the least!

PPS: Are you a die hard, motivated athlete or  asupportive parent in central NJ? Then call our gym and let me help your child reach his / her true potential.